The Dumas Independent School District Board of Trustees unanimously approved a $107 million bond referendum to be included on the November 5, 2019 election ballot. It has been 11 years since the last DISD bond. If approved by voters, the proposal will address aging school facilities, classroom spaces that are smaller in square footage than state requirements, and energy efficiency projects.

The Committee toured schools, studied reports, and evaluated the condition of existing buildings. Their efforts provided the District with a long-range Master Facility Plan and a recommendation to the Board of Trustees on how to address facility needs through a bond proposal. 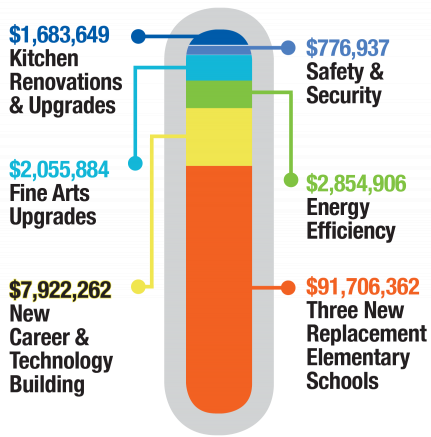 The bond proposal projects include:

Welcome to our Bond Page

Check out our newest videos on Cactus Elementary and our Aging Infrastructure. Click Here to Watch