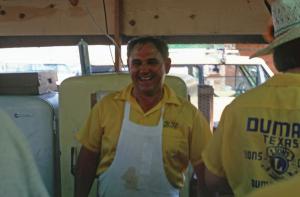 When Bill Lackey spoke about Dumas High School, his eyes lit up and he would proudly speak of students, past and present.  He loved life and he loved the people in his life. His family was his first priority, and they were the light of his life.  His students, however, were his second joy, and in his nearly half-century career as a part of Dumas ISD, many of those students became a part of his extended family.  Bill’s life was one of genuine caring and service.  He was instrumental in getting scholarships from the Lion’s Club to the top ten students, and in constantly supporting his colleagues with a loving quip and an encouraging word.  He was “old school’, but never out of date or out of touch with his students and colleagues.  Bill’s life was about people, and he counted his wealth in family, friends, colleagues and students.  His life stands as an example to us all, as his memory still mentors us today.