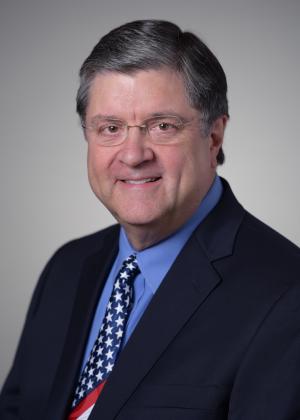 Love, appreciation, and respect are three simple, yet vastly important, words that describe one of Dumas High School’s Hall of Fame recipients of 2020, Dr. David Bonner.  Dr. Bonner was born in Crane, TX, and after a few brief stints in Oregon and Oklahoma, he eventually made his way home to Dumas, Texas where he graduated high school in 1973.  His high school career consisted of a number of accolades including six varsity letters in football and tennis.  Dr. Bonner, in fact, turned down many division one offers in football because he knew from a young age that he wanted to become a dentist.

This drive took him to Mid Western State University and Steven F. Austin where he graduated in 1979.  Dr. Bonner’s double major in Chemistry and Biology led to a bachelor’s degree in science and a ticket to the University of Texas Health Science Dental School in San Antonio, Texas.  After graduating in 1980, Dr. Bonner, and his wife of three years, Gayla Bonner, moved back home to Dumas and has been here ever since.

While serving in Dumas, Dr. Bonner has been busy with his copious leadership and Christian organizations which include: President of the Panhandle District Dental Society, Panhandle Academy of General Dentistry, High Plains Orthodontic Study Group, and Chairman of the Texas Dental Association Smiles Foundation Smiles on Wheels event held in Dumas that provided over $90,000 of charitable dental services to indigent patients in our area. He also has helped fill ministry voids in churches in Austin, Dalhart, and Dumas along with delivering over 1,400 lectures on Evidences, the Family and the Gospel across the nation.

Although this list is already impressive, it merely scratches the surface of all the accomplishments Dr. Bonner has accumulated over the years.  And while he has accomplished much academically and liturgically, David would describe his greatest accomplishments as his beautiful family consisting of his wife, children, and grandchildren.  God’s grace has been generously portioned out to Dr. Bonner and his family, and he is a man that truly appreciates his vast blessings.