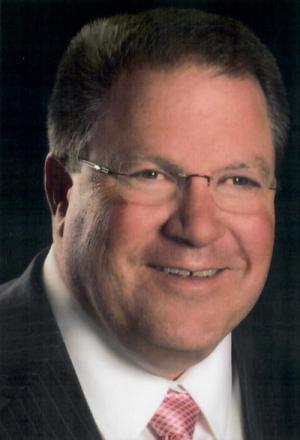 Jimmy grew up in Dumas and was the son of Nurse Patti and fellow Dumas Hall of Famer, Coach Bill Lackey. The apple did not fall far from the tree as Jimmy continued and grew the legacy that his name carried. Jimmy, a 1980 graduate of Dumas High School, is a 33-year veteran in executive nonprofit management. Jimmy worked at West Texas A&M University from 1983 to 1995, the last seven years as Executive Director of the West Texas A&M University Alumni Association. He is currently in his 26th year as the President & CEO for Kids, Incorporated of Amarillo. Jimmy also serves as President & CEO for two additional nonprofit organizations, Hereford Sports & Wellness in Hereford, Texas and Kids, Incorporated of Elk City, Oklahoma.  Over the course of his professional career, Jimmy has raised over 25 millions dollars for the organizations he serves.

Jimmy will tell you there is nothing more important to him than his family. Jimmy has been married to his wife Kim since 1988. They have three daughters, Jayla, Kennedy and Hallie (rhymes with Sally), two son-in-laws, Jayla's husband, Seth, and Kennedy's husband, Luke.

After living in a house full of women for the past 33 years, Seth and Jayla made Jimmy and Kim the proud grandparents of a one-year-old Grandson, and Jimmy's namesake, James. Jimmy says the birth of James helped him keep an optimistic outlook and perspective on the Covid year of 2020.

Jimmy enjoys attending WT athletic events and spending time with friends and family. He is also very proud to brag on his professional team of colleagues and the role they play in providing opportunities for children and families in the communities they serve.

One of Jimmy's lifelong passions, not known to many people, is playing the drums. Jimmy keeps his drums in a climate controlled barn a couple of miles from his house. He says, "If you will give him a pair of drumsticks, his headphones, his iPhone or computer, some country music, or the Greatest Hits of Van Halen, he can entertain himself for hours!"